The dataset we looked at was a record of fruit-bearing trees available for urban foraging (with the caveat that you should ask for permission before foraging). The dataset included the GPS coordinates of the tree and the address near where it was found, as well as the organization responsible for the tree in cases where such an organization existed; the species of the tree; and its condition.

The data questions we came up with were primarily about the characterization of neighborhoods containing more fruit trees. One interesting thing we noticed was that many of the trees were near schools (the location label included a school name); maybe this was a consequence of many schools having gardens. We found the following school locations and school gardens datasets (from data.cityofboston.gov) that would help answer this question- we could color or highlight the locations of school trees, or use overlaid heat maps of school density and tree density in order to show these relationships. We also wondered whether there was a correlation between fruit tree density and income, specifically whether higher income neighborhoods were more likely to have more fruit trees, and found the following economic characteristics of Boston dataset. However, we discovered an even easier way to get economic and population data within the Tableau Public app. 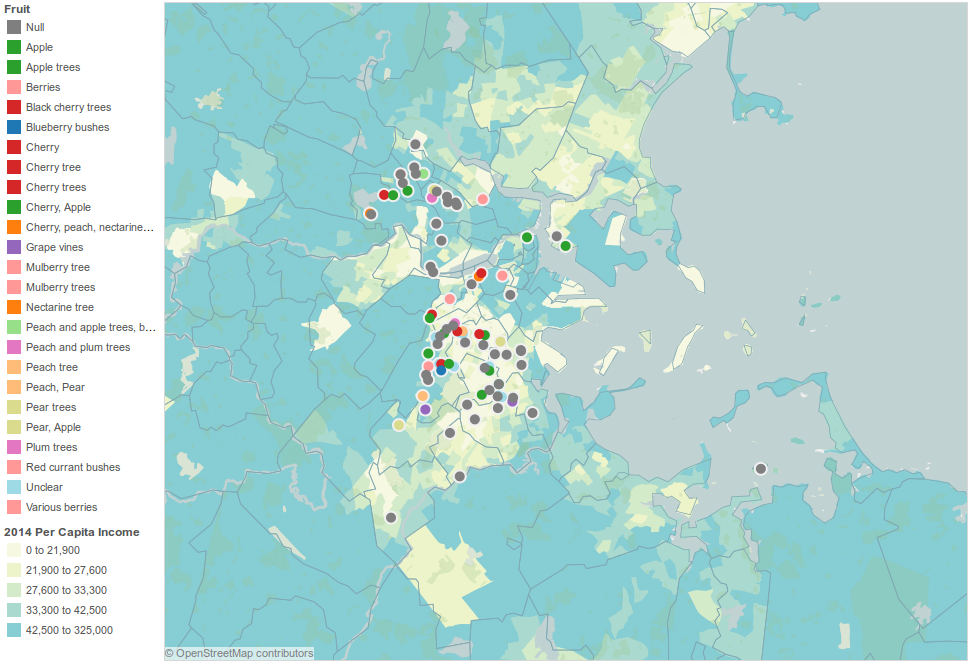 We mapped the Urban Orchards data using Tableau Public, coloring the trees by fruit and overlaying maps of per capita income and also the density of housing units. We found, surprisingly, that per capita income appeared to be negatively correlated with the presence of fruit trees; this could be a result of selection bias, or the that schools and other public community buildings in Boston are not in high income residential neighborhoods, or other reasons we have not thought of. As expected, we see few fruit trees in very densely populated residential areas, and we see that the areas with lower income and fewer trees appear to have lower housing density as well, suggesting neighborhoods that may have been designed to be low-cost public housing. 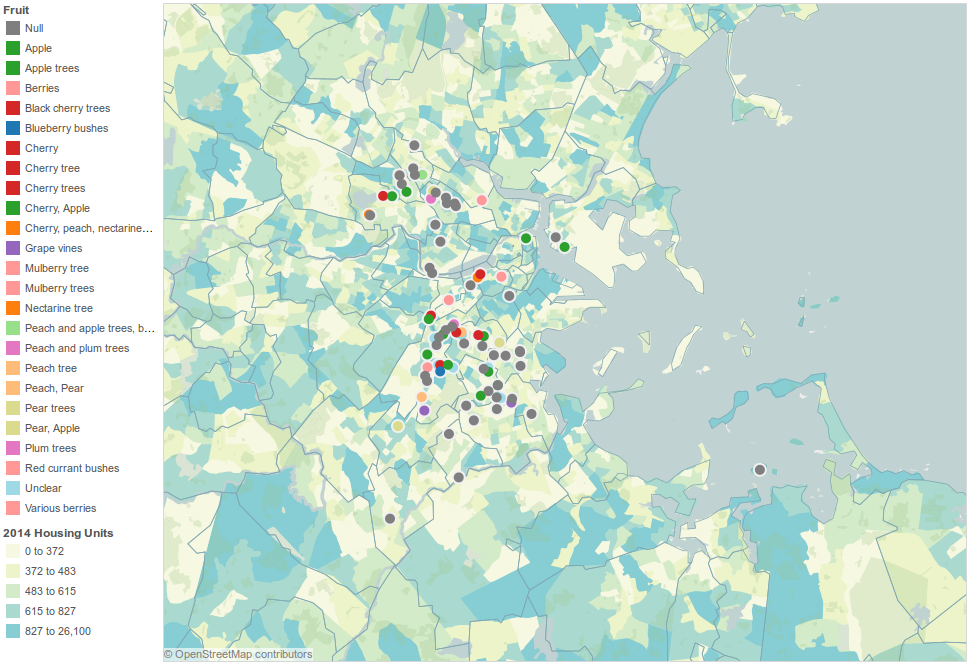